A woman who stabbed someone 16 times has been found guilty of her murder.

Birute Klicneliene, age 50, of Sir Lewis Street in King’s Lynn, was today (Tuesday 8 November 2022) convicted by a jury of nine men and three women at King’s Lynn Crown Court of the murder of Dace Kalkerte in the town on Saturday 16 April this year.

Reaching a unanimous decision, the jury took just over eight hours to reach a verdict.

Police were called to the first floor flat in Highgate shortly after 12.30am on Saturday 16 April after the ambulance service reported a woman had been stabbed and wasn’t breathing.

Dace Kalkerte, age 50, was taken to the Queen Elizabeth Hospital in King’s Lynn in the early hours of Saturday 16 April 2022 with multiple stab wounds. She never regained conscious and died at 2.28am the same day.

A Home Office post-mortem later established she had died from a single stab wound to her stomach. In total, she had sustained 16 stab and puncture wounds and nine incised wounds, including defensive injuries to her right hand.

A blood-stained knife was also recovered from the scene.

During the week-long trial, the court heard how Klicneliene and Dace Kalkerte had returned to Dace’s first floor flat in Highgate after the two women and their partners had been drinking at an allotment in the town. Their partners remained at the allotment after the women left.

When initially interviewed by officers, Klicneliene said she had been drinking since 11am that day and had fallen asleep when she returned to flat.

Klicneliene told officers she saw Dace lying on the floor in the hallway when she woke up and thought she was drunk, and it was only when she picked her up that she realised she was losing blood and there was a pool of blood on the floor. She admitted she had seen a knife under Dace and said she may have touched the knife when she moved Dace.

Forensic analysis of the murder scene showed there wasn’t any sign of forced entry to the flat or any evidence of blood from the top of the stairway to the communal front door.

It did, however, confirm traces of diluted blood in the bathroom of Dace’s flat and when officers arrived at the flat, Klicneliene’s clothing was stained with blood, but her hands were clean.

She was arrested on suspicion of murder in the early hours of Saturday 16 April together with two men. The men have been told no further action will be taken against them by police.

Klicneliene was taken to King’s Lynn Police Investigation Centre for questioning and later charged with murder on Monday 18 April 2022.

Following today’s conviction, Senior Investigating Officer, Detective Inspector Chris Burgess from the Joint Major Investigation Team at Norfolk Police said: “What happened in that flat on that evening that caused Klicnelience to do what she did is beyond our comprehension. This was a sustained and brutal attack, and it is difficult for us to understand why she behaved with such deliberate and directed violence. Only Klicneliene knows why she acted like this.

“Dace’s partner and children are forced to deal with the aftermath of her tragic death, and I am grateful for their support and bravery throughout this investigation. Thankfully, incidents like this are rare in Norfolk. I hope today's guilty verdict offers Dace’s family some resolution and closure and that Klicneliene will, perhaps one day, take responsibility for her actions.”

Klicneliene is expected to be sentenced in January 2023. 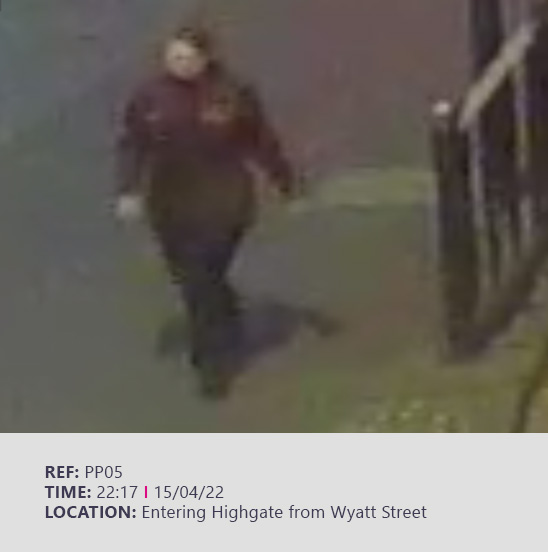 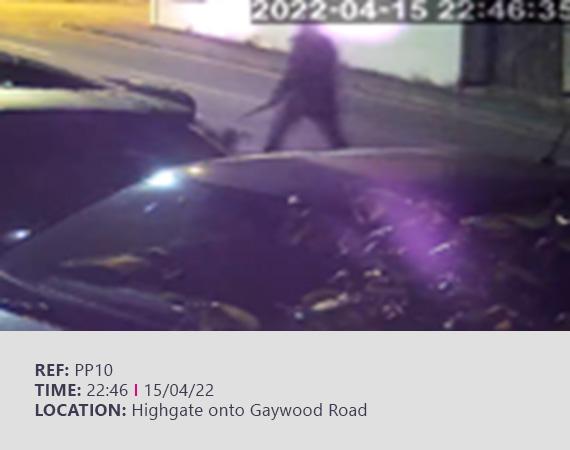 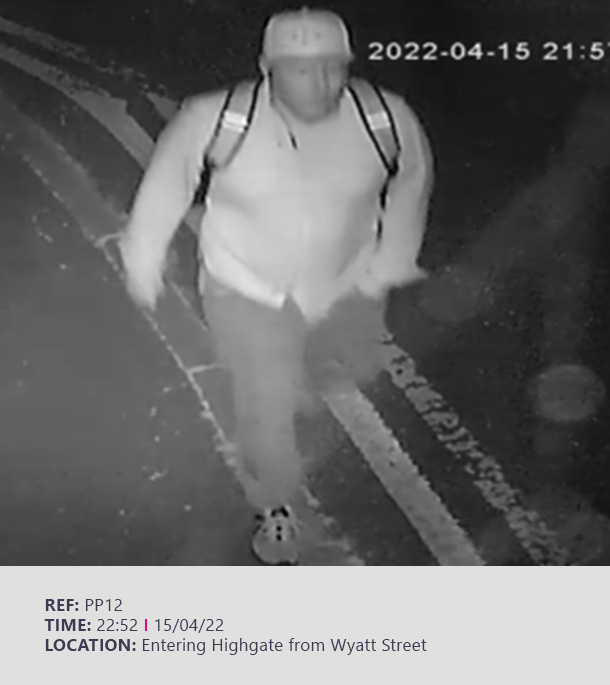 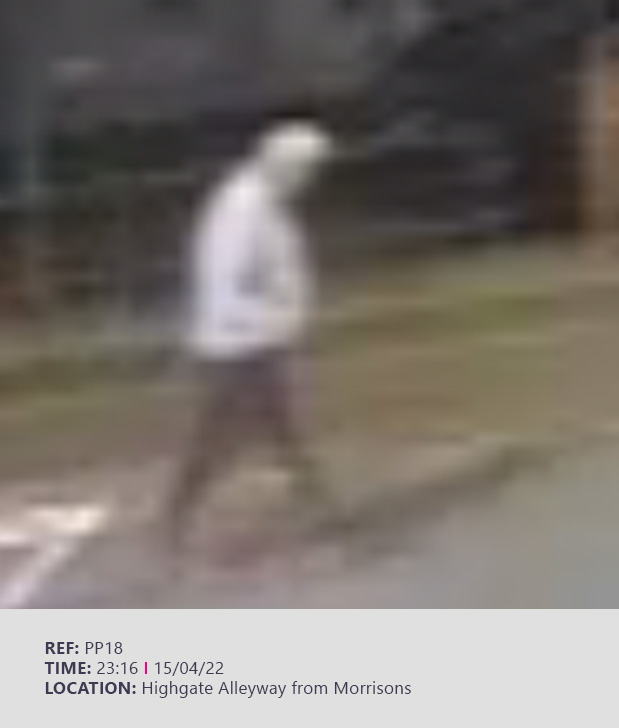 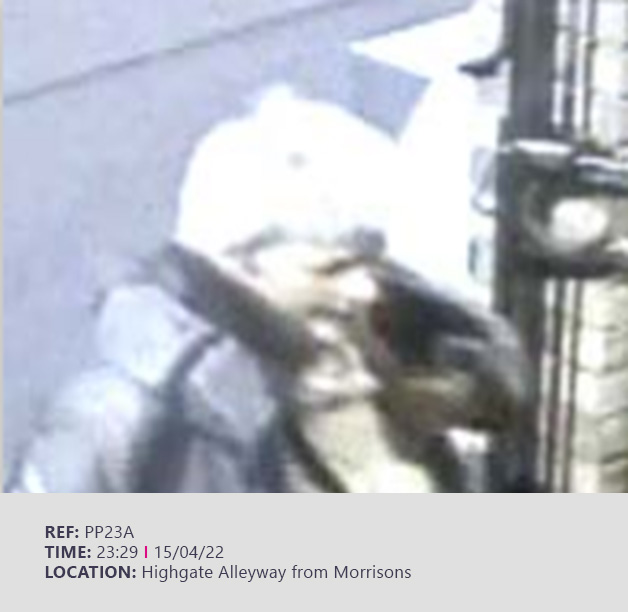 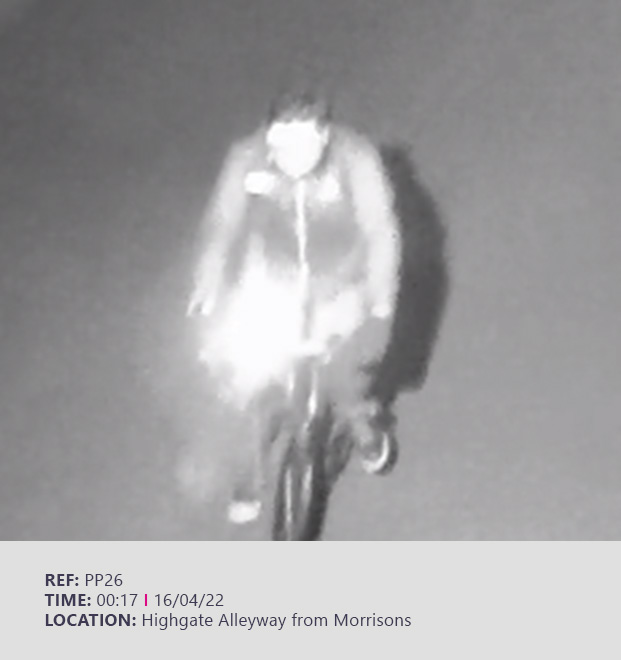 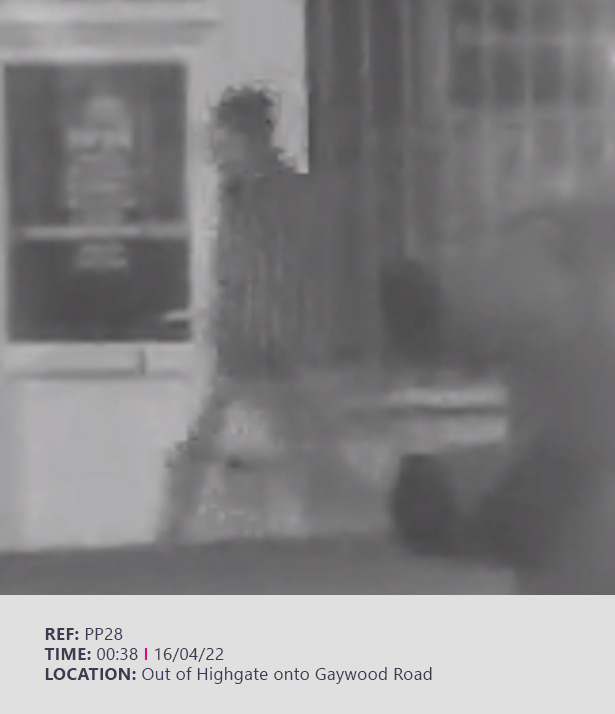 Police are making a final appeal for the public’s help to identify potential witnesses as part of a King’s Lynn murder investigation.

Detectives from the Norfolk and Suffolk Major Investigation Team have released seven CCTV images from cameras in and around the Highgate area of the town overnight on Friday 15 April and Saturday 16 April 2022. The images form part of the investigation into the murder of Dace Kalkerte who was found inside a property in Highgate at about 12.30am on Saturday 16 April 2022 – Easter Weekend - with serious injuries.

We’re putting together the final pieces of our enquiries and want to hear from anybody who recognises themselves or someone they know.

Sadly, she died of her injuries and a Home Office postmortem examination established that her death was a result of stab wounds to the abdomen.

Birute Klicneliene, age 50, of Sir Lewis Street, King’s Lynn, was subsequently charged with her murder. A trial date has been set for 17 October 2022.

Senior Investigating Officer Detective Inspector Chris Burgess of the Major Investigation Team said: “These are the last CCTV images we’ve been able to gather from the right location at around the time of the murder, and although they are of poor quality, I’m hoping they may just jog the memory of someone who lives there or regularly walks around the area.

“We’re putting together the final pieces of our enquiries and want to hear from anybody who recognises themselves or someone they know. They may well have witnessed something that may appear to be inconsequential but could be significant to our investigation.”

Anyone with information is asked to contact Norfolk Police through the MIPP portal here or telephone detectives on 101 quoting Op Nevadan. 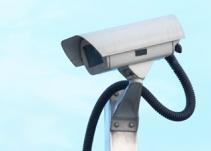 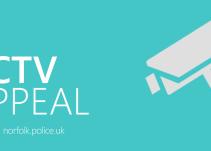