Police are continuing to investigate an assault in Norwich on Wednesday (10 August 2022).

Officers were called to Bracondale at around 6.18pm following reports that a woman had been found with puncture wounds to her neck and arm.

Emergency services attended the scene and the victim, a woman aged on her 30s was taken to the Norfolk and Norwich University Hospital for treatment. She has since been discharged from the hospital. Officers do not believe the weapon used was a knife.

A woman aged in her 40s was arrested in connection with the incident and was taken to Wymondham Police Investigation Centre for questioning. She has since been released on police bail pending further enquiries.

Officers investigating the incident can confirm that the victim and suspect are known to one another. It is believed to be an isolated incident, with no threat to the wider public.

Anyone in the local area who may have any concerns are encouraged to contact local officers in the Norwich East Beat Team on 101.

Police have launched an investigation following reports a woman was assaulted in Norwich last night.

Officers were called to Berstreet Gates at around 6.18pm (10 August 2022) where a woman was found to have puncture wounds to her neck and arm. Officers do not believe the weapon used was a knife.

Emergency services attended including ambulance who took the victim to Norfolk and Norwich University Hospital. Injuries are not life-threatening and she is in a stable condition.

A woman in her 40s has been arrested on suspicion of assault causing grievous bodily harm in connection with the incident and is currently being questioned at Wymondham Police Investigation Centre.

There is a cordon at the scene as police investigate the circumstances around the incident. 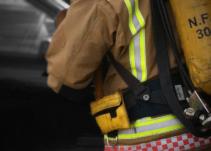 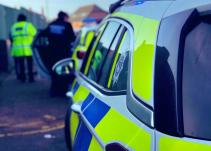