Man jailed for the murder of James Greene in Norwich

A man has been jailed for the murder of 39-year-old James Greene in Norwich earlier this year.

Peter Bruton, 27 and of no fixed address, was sentenced to 16 years in prison at Norwich Crown Court today (Friday 29 November) after being found guilty by a jury earlier this week.

Peter Bruton had been staying at James Greene’s flat in Dolphin Grove when he killed him on the evening of Tuesday 4 June 2019.

Officers were called to the address just before 10pm after reports of a disturbance at the flat and on arrival they found James Green unresponsive. He was taken to the Norfolk and Norwich Hospital where he died on Thursday 6 June of multiple organ failure as a result of asphyxiation.

During the trial the court heard how James Greene had fabricated a story to extort £10 from Peter Bruton. Witness evidence described how this plan developed into a heated argument and resulted in Mr Greene sustained what would be fatal injuries.

On sentence Detective Inspector Neil Stewart said: "Today’s sentence reflects the mindless and brutal ferocity in which Peter Bruton inflicted fatal injuries on James Greene. Throughout this trial not only have James’s family had to withstand hearing first-hand accounts from neighbours, recalling the chilling details of their loved one’s last moments. But they have also to endure Bruton’s numerous attempts to frustrate and disrupt the criminal process which started at his first hearing back in June and has continued throughout this trial with his repeated refusals to come to court.

"Our thoughts are with them today in the hope that they can rebuild their lives following the conclusion of this trial and that they will take some solace from the fact that Bruton will not be eligible for parole for a many years”. 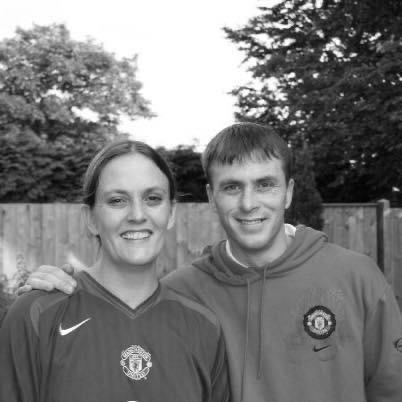 The family of James Greene have issued the following statement following the conviction of Peter Bruton at Norwich Crown Court today (Tuesday 26 November).
Bruton was found guilty of the murder/manslaughter of James Greene in Dolphin Grove, Norwich on Tuesday 4 June 2019.
In a statement the family said: "Today’s Guilty verdict brings our family a small degree of justice.

"James was our much loved son, Brother and Uncle. His murder was senseless and brought about by the vile world of drugs. He was taken from us in the worst possible way and this trial has highlighted the suffering and fear he endured that night in June.

"Mr Bruton has magnified our pain and suffering these past 5 months by showing no respect for James or our family. Not once has he shown any glimpse of remorse following his actions. His lack of cooperation during the trial and investigation has compounded our family’s grief.

"Todays Guilty verdict means that our broken family can now begin to move forwards and try to rebuild our shattered lives.

"We would like to Thank the Norfolk and Suffolk Major Investigation Team for their hard work and dedication throughout and also our Family liaison officers for their continued hard work and support for our family throughout this ordeal."
SharePrint this page