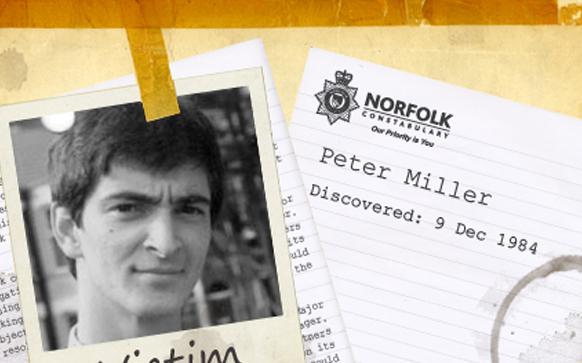 Peter Andrew Miller was 24 years old at the time of his death. He was murdered at his home at Camden Place, Gt Yarmouth.

Peter was found lying in the kitchen area by his brother Anthony Miller at 7.45pm on Sunday 9 December 1984. He had last been seen alive around late afternoon by a neighbour when he helped her with some household repairs.

Peter Miller died from a single stab wound to his chest. The murder weapon was never found.  A CS aerosol canister was found inside the house lying on the floor. Family members who found Peter reported a strange smell in the air when they entered the house.  It is believed that the canister had been used by either his murderer or Peter Miller as he was being attacked.

A murder investigation was carried out during 1984 and 1985 and despite a number of arrests no person was charged with the murder. It has been reviewed on a number of occasions but still remains unsolved.