Around 25% of calls Norfolk Police receive each year are inappropriate, either because they simply are not emergencies requiring immediate police assistance or they’re non-police matters.

Now, a campaign called ‘Make the Right Call’ is being launched to remind people to think carefully before dialling 999 and 101 and to consider alternatives for non-police matters.

Common unnecessary 999 calls include noise nuisance, animal/wildlife call outs, utility call outs and highway matters, all of which could have been better dealt with by partner agencies.

The Contact and Control Room’s Superintendent Malcolm Cooke said: "Non-emergency or inappropriate calls tie up our phone lines and can prevent callers with genuine emergencies from getting through – at worst they can put other people’s lives at risk.

"People should only call 999 if there is a direct and immediate threat to life or property or if a crime is in progress. Our staff prioritises people who are in immediate need and if you ring 999 in error you will be directed to call the 101 police non-emergency number or sign-posted to the most appropriate agency.”

County Policing Commander, Chief Superintendent Mike Fawcett, said: "As a police service, it is crucial that we are available when people need us, at all times.

"Last year, we changed the way we prioritise calls in the CCR, but despite these efforts, there are still many calls coming in, which do not require an emergency police response, or indeed do not require the police at all.

"It’s important for people to recognise what is and isn’t a police matter.  The demand we face is extremely complex and our resources are finite, so making the right call ensures that our teams are dealing with matters affecting communities and responding to reports of crime.

"Knowing who to call in the first place will not only reduce the volume of calls to our staff, but will save members of the public time by speaking to the correct organisation in the first instance.”

In a bid to help reduce demand and put resources where they are needed the most, the force changed the way it handles calls from people who need help from police. It sees calls assessed against six key themes so the right response is put in place to meet the needs of the caller – whether it is immediate assistance or a diarised visit. Introduced in April last year, the grading system known as THRIVE (Threat, Harm, Risk, Investigation, Vulnerability, Engagement), has helped officers on the frontline by reducing demand and by gaining better quality information at the first point of contact.

As part of the campaign, Norfolk Police will be tweeting live from the control room, highlighting the difficulties and demands faced by call handlers and showing how 999 is misused. Officers will be using the hashtag #MaketheRightCall, whilst also offering an insight to what they do on a daily basis through ‘Day in the Life’ blog articles. Updates on the force’s Twitter and Facebook pages will also be posted using real examples of inappropriate calls and encouraging members of the public to make the right call.

People who have questions around policing or non-policing matters can access a range of information on the Frequently Asked Questions section of the Norfolk Police website or via ‘Ask the Police’ which can be found on any search engine.

You can also access useful information via the internet using "ask the police” www.askthe.police.uk 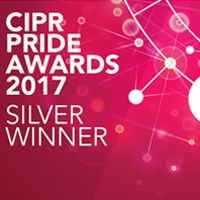