Fraud can be committed in a number of ways:Fraud by False Representation happens when someone dishonestly does or says something so that, as a result, he/she or another will gain from it or someone else will either suffer a loss or be exposed to the potential for loss.

An example of this would be someone offering something for sale on the internet, but when you pay for it you find out that the goods never existed in the first place and your money is gone.

Fraud by failing to disclose information happens when someone dishonestly fails to disclose something they are legally obliged to disclose and by not disclosing it they or another gain from it or someone else will suffer a loss or be exposed to the potential to suffer a loss.

An example of this would be the executor of a will failing to tell someone they have inherited something and taking possession of the goods themselves.

Fraud by Abuse of Position happens when someone who is looking after the finances of someone else dishonestly abuses that position intending that he/she or another will gain by the abuse or someone else will either suffer a loss or be exposed to a potential loss as a result of the abuse. It can happen either by a deliberate act or by failing to do something.

An example of this would be someone who has Power of Attorney over an elderly relative using their money for their own purposes and not looking after the relative properly by allowing unpaid bills to build up.

If you feel that you have been the victim of a fraud contact Action Fraud, the national fraud reporting centre, or via 0300 123 2040 where you will be able to report the matter. Alternatively, you can click on one of the links below which will take you to external websites where further advice and guidance can be found:

If you or the person you are reporting on behalf of is at risk of ongoing frauds contact 101 for further advice.

Too good to be true 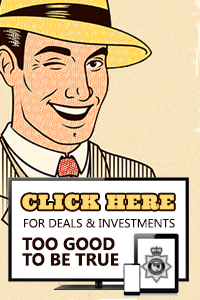