Anyone arrested in Norfolk or Suffolk will usually be conveyed to one of our purpose built Police Investigation Centres (PIC), where there are facilities to interview, collect evidence and arrange court appearances.

Please note these facilities are custody centres only and do not offer Public Enquiry Office facilities, such as producing documents.

The Investigation Centres are located as below and can be contacted by calling 101 and asking for the relevant custody suite.

For frequently asked questions on the changes to pre-charge police bail on 3 April 2017, please go to the accordion at the bottom of the page.

On Monday 3 April 2017, the Police and Crime Act 2017 will be introducing changes to law that alter when and for how long a person can be held on pre-charge bail – and if necessary be subject to bail conditions – during the course of a criminal investigation by police forces.

These changes have been introduced by the Home Office but all police forces in England and Wales will be expected to comply with the new laws, meaning a change in the way Norfolk/Suffolk Constabulary issues bail.

What are the changes?

Under the old conditions, police could bail individuals to attend a police station as a suspect in a criminal investigation, often with attached conditions preventing certain behaviour, such as not to enter a specific location, or contact an individual such as a witness.

These requirements meant that an individual had to return to attend the police station at a specific date and time and/or had to comply with conditions if applicable. If that person failed to attend or breached conditions then he/she could be arrested for breach of police bail, and held in police custody.

The new law places a presumption upon the police that a person is released without bail and is ‘under investigation’. If bail is granted it will require an inspector to authorise the decision, and the bail period will be limited to 28 days.

Further extension of bail is permitted provided a superintendent has considered the case against a legal test and in such cases bail period can only be extended up to three months. Previously there was no legal limit on how long someone could be bailed for.

Suspects can still be released on bail (and with conditions) but specific criteria now have to be met (link to necessity and proportionality question).

Instead, suspects will now more commonly be ‘released under investigation’ (RUI). This means that police enquiries will continue but the suspect will no longer be required to return to a police station as they would have previously done.

Under the new legislation, if bail has been authorised at inspector level, and then again by a superintendent, any decisions on further extensions to bail will be made through a Magistrates’ Court.

Why have these changes been brought in?

The Home Office has introduced the new laws following complaints that bail periods were being extended over long periods of time, causing uncertainty for suspects who were waiting to hear if they were going to be charged. This included a number of high-profile cases.

Central government considered it necessary to introduce statutory and judicial safeguards, including time limits and a hierarchy for the decision making process, to reduce suspects’ uncertainty.

Will this change the process of being bailed after receiving a police charge?

No, the changes only apply to pre-charge bail. If you receive a police charge before being granted bail, then the legislation remains unchanged. The government website (CTRL + click for link) provides more guidance on this process.

I am a victim of crime. What do these changes mean for me?

It is important to appreciate that if you are a victim of crime and the suspect you have made an allegation against is ‘released under investigation’ rather than bailed, this in no way reflects any pre- judgement on the validity or integrity of your allegation.

Even if a previously arrested suspect has not been released on police bail, they will continue to remain under our investigation until all reasonable enquiries have been completed, and a decision has been taken that no formal charge is to be brought due to a lack of evidence. In those cases a formal “no further action” notification will be sent to the suspect, and you will be notified.

The quality of the investigation and the enquiries we make upon receipt of a criminal allegation will be totally unchanged by the changes to bail.

Your safety will be given careful consideration, and bail with conditions can still be applied to suspects where the legal requirements are met.

The legal test for whether an individual is released on bail or under investigation is determined by two factors: necessity and proportionality. More information on this can be found here (link to relevant information).

I am a suspect who has been ‘released under investigation’. What will happen next?

However, you will still be required to act lawfully. Committing further offences will be dealt with by police action, and the decision as to whether you are charged for these offences (or receive police bail with conditions imposed) may be influenced by the fact that you are already subject of an investigation.

If you are charged following investigation, you will either be contacted by an officer to arrange your attendance at a police station, further arrested by an officer or you may receive a written charge notice in the post.

If the point is reached where the investigation is closed and no further action is to be taken, you will be informed of this by a custody officer, usually by written notification sent in the post.

I am a suspect who has been ‘released on bail’. What will happen next?

If you have been ‘released on bail’, you will receive a notice outlining offences that would lead to police action while you remain under investigation.

You will also be informed of the requirement to return to a specific police station at a specific date and time – this will be no longer than 28 days from your release from custody. You will be issued with a bail notice upon your release which will tell you when your 28 day period ends, and specifically when you are required to return to the police station. Failure to attend the correct station at the given date and time could result in you being arrested and held in police custody.

On your return to the police station, you will be given an update as to the status of your investigation by an officer. If your bail date is extended, you will be told when you return on bail of the new time and date you are to attend a police station. Alternatively you may receive a re-bail notification by post.

Note: If you do not receive a re-bail notification by post, or you are unsure, then you must comply with the original terms of your bail, returning to the police station at the time and date notified to you when you originally left custody. 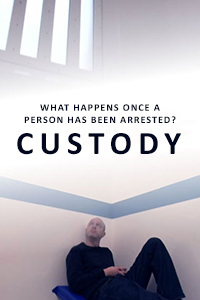