In this section, you can find out about our police vehicles, and the equipment that police officers carry around with them.

There are about 500 police officers who go to all 999 calls and they are spread all over the county so that they can help people as quickly as possible.

There are another 660 officers who work in the local community to help solve any problems with the help of local people.

Every day is different for Norfolk Constabulary but on an average day we:

The radio we use can also be used as a mobile telephone - officers can even text from it! The radio and channels used by the police are designed so that conversations cannot be overheard by other people using scanners.

The radios have a special feature which allows the Control Room to track them. This means that if an officer needs help, they can push an emergency button on the radio without having to speak, and help will be sent straight away.

The most usual type of baton is called a “PR24” which has a side handle and when fully extended is 24 inches long. Batons are intended to be used by officers to protect the public and themselves using special striking and blocking moves. It can also be used to restrain violent persons.

Police officers carry handcuffs every time they go on patrol. They are usually carried on an equipment belt around the waist, or in a special pocket in the body armour.

Handcuffs are normally used where there is a risk of a person becoming violent, or someone trying to escape, or to protect the officer.

Every time an officer goes on patrol they must wear their body armour. This provides some protection against knife attacks and also against some types of guns.

The body armour is made up from special “pads” which are placed inside the black outer cover, and can also be used in a “covert” cover for officers to wear underneath clothing. 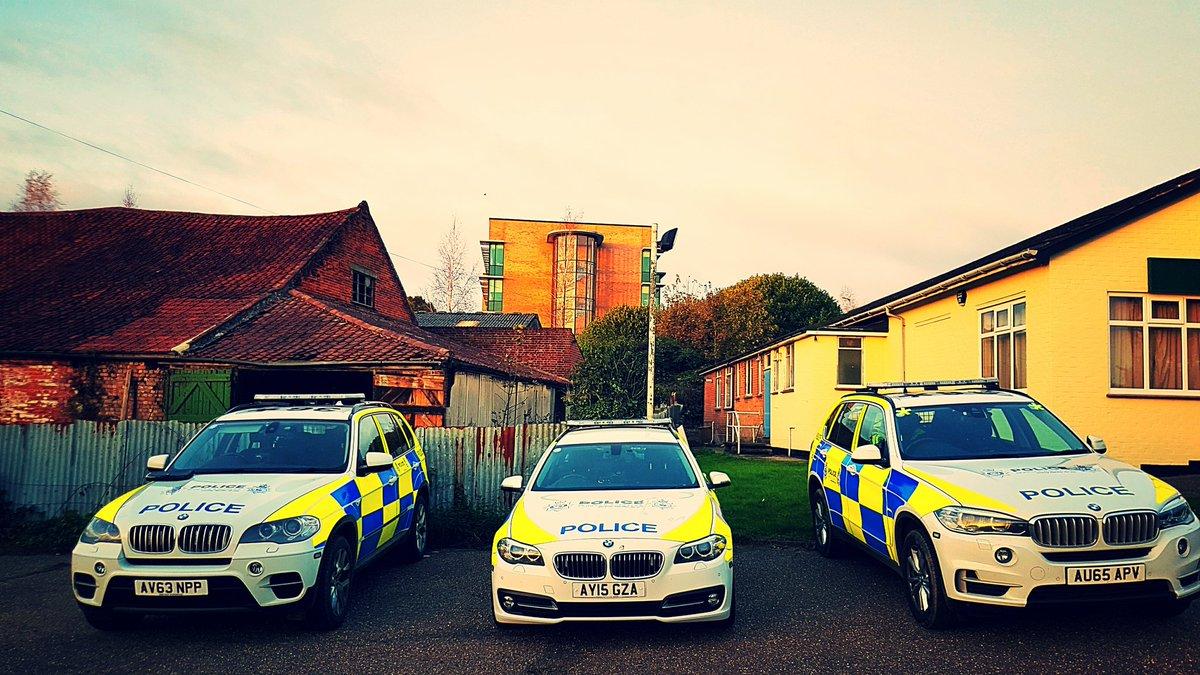 Road Policing Vehicles are used to patrol the main roads in Norfolk, attending crashes and motoring incidents such as broken down vehicles on dual carriageways.

Because of the dangerous nature of this work the cars are covered in high visibility markings and have a number of bright flashing lights fixed to them.

The cars are BMWs which have special speedometers fitted to them as well as other devices for catching speeding motorists and tracking stolen vehicles. 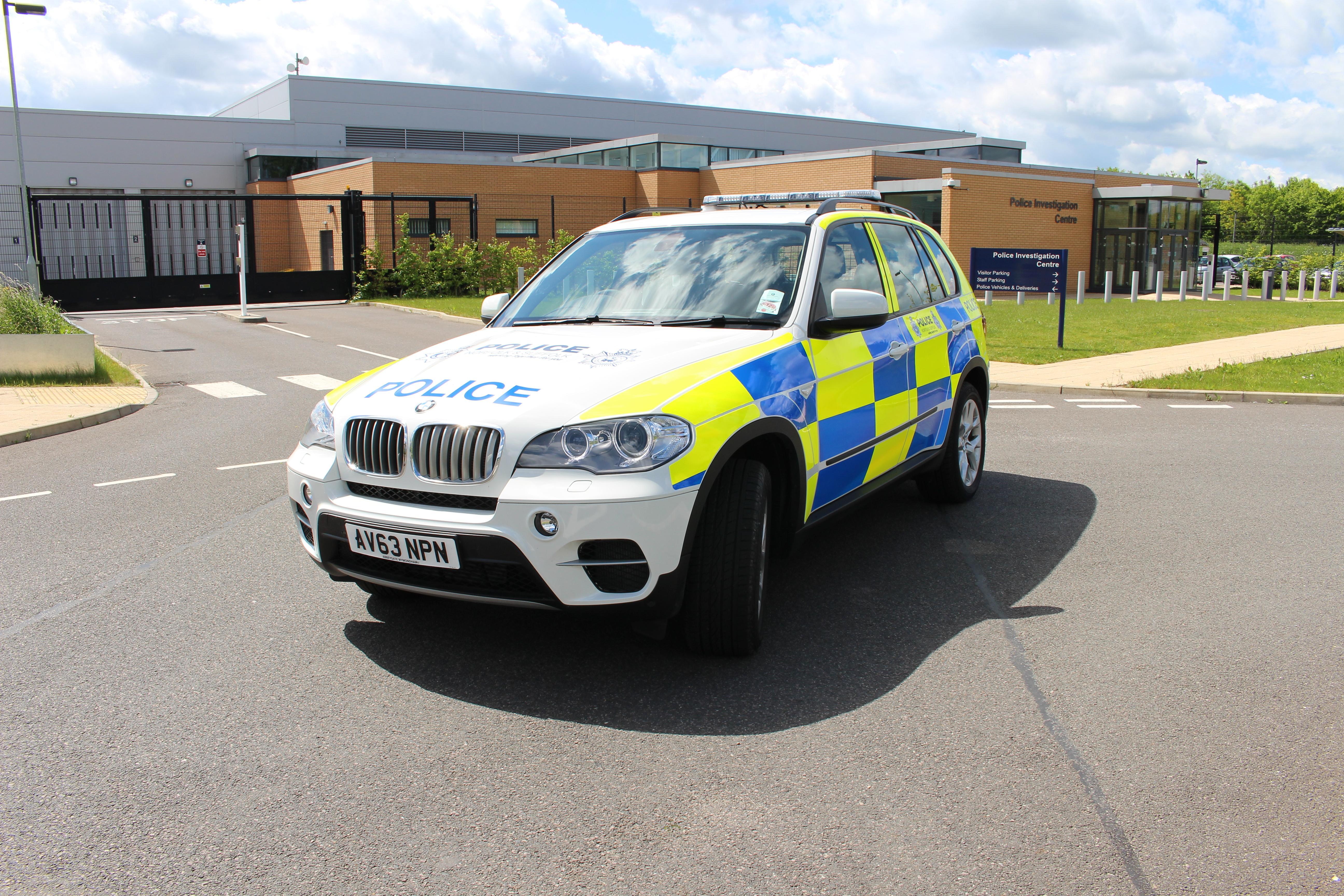 You are likely to see a range of 4x4 vehicles across the county due to the different types of work they are required to do.

This can include towing or patrolling areas off road. For example the Broads Beat 4x4 is a Land Rover Discovery which is required to tow boats and transport the officers who sail it.

The vehicle can also be used for patrolling beach areas and getting the boat in and out of the water.

Norfolk Constabulary has a range of 4x4 vehicles on the fleet including Ford Ranger Pick ups, Land Rover Defenders and Land Rover Discoverys. 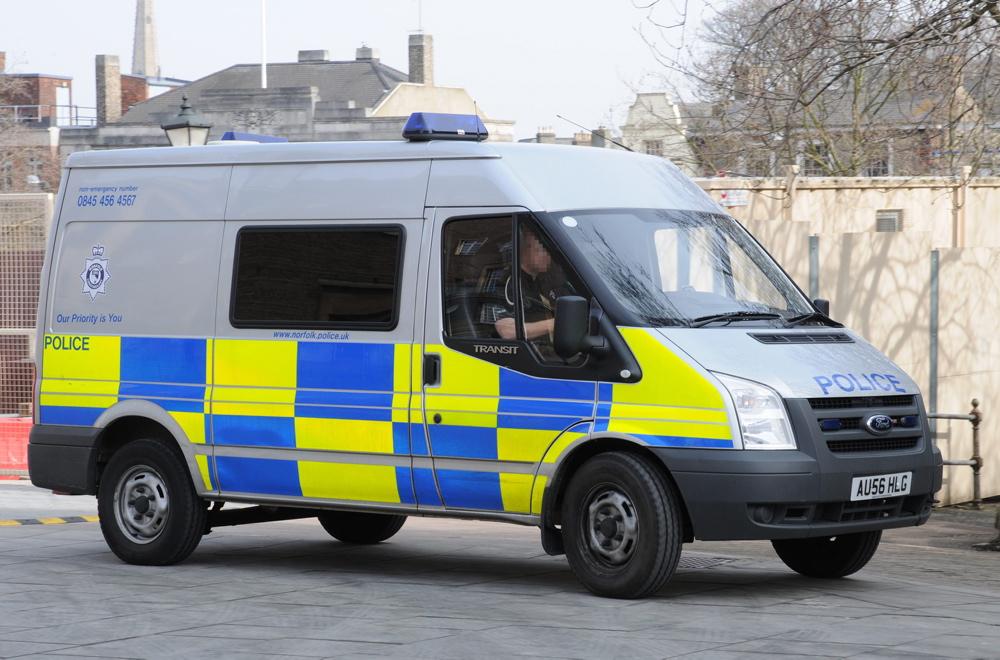 Norfolk Constabulary currently has 22 specially converted vehicles which have a cell area in the rear and space for two prisoners.

The cell area has a light and a fan fitted inside to make sure the prisoner can be seen and stay reasonably comfortable on their journey to the police station. 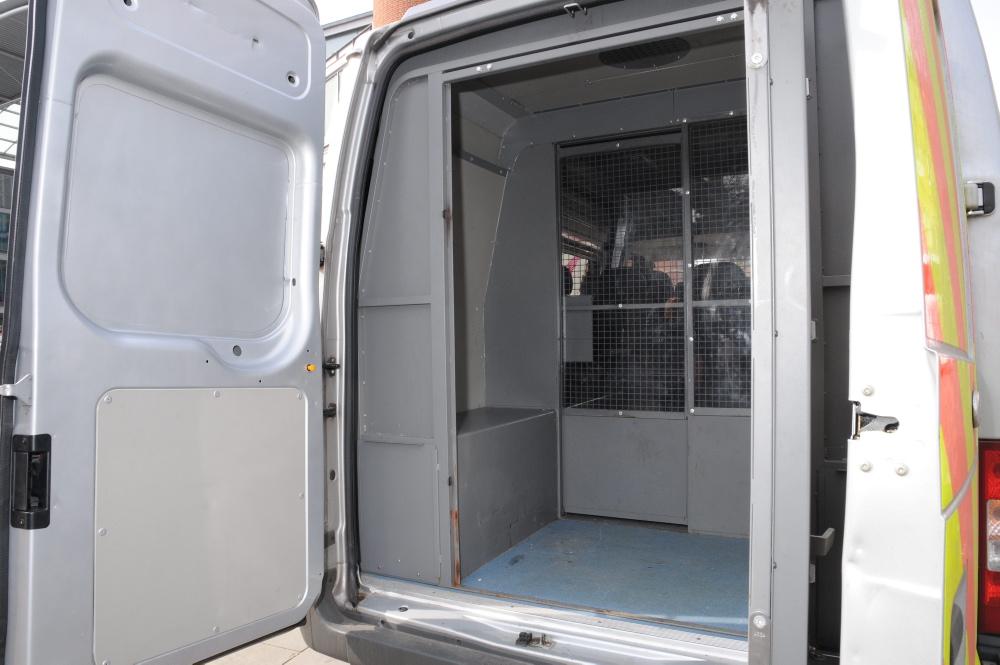 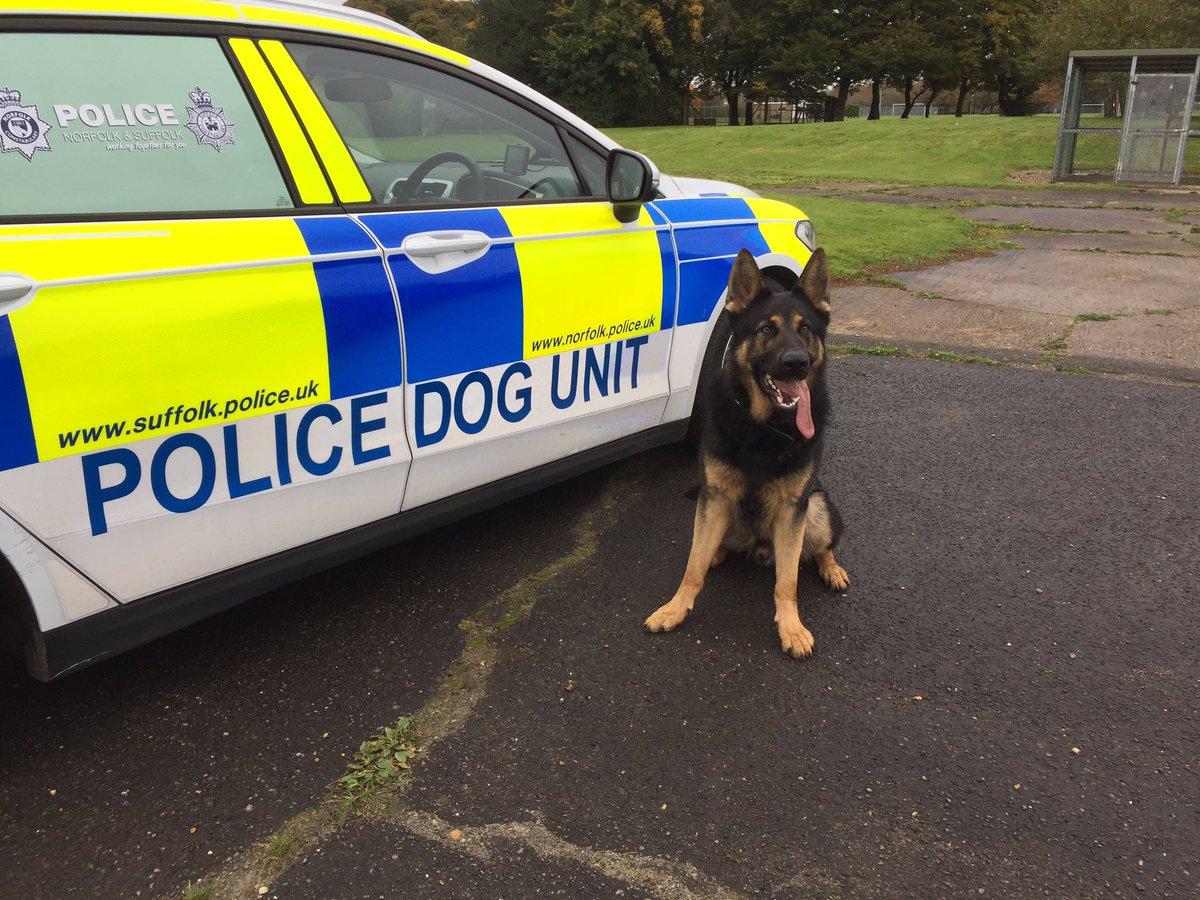 There are 16 dogs vehicles that are used across the force. Each dog vehicle can carry up to 2 dogs in a safe and secure environment.

There is also space to carry water for the dogs after they have spent a day working hard, and there is space to carry protective equipment for the handler. 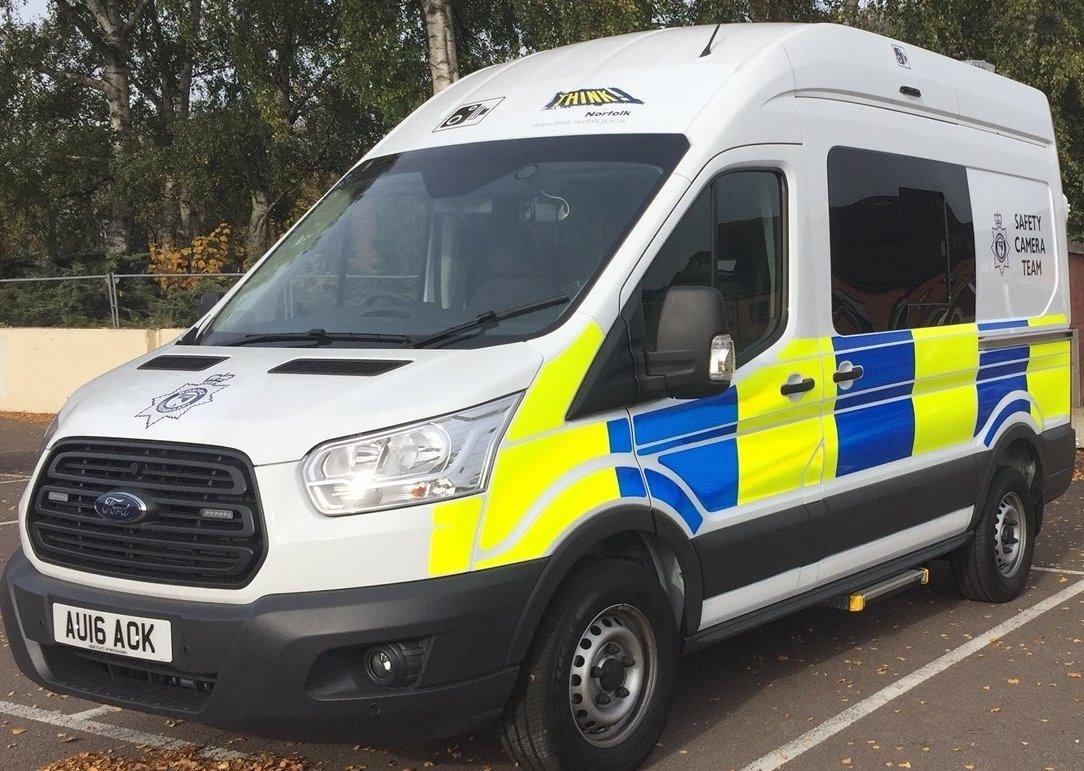 This van operates as a mobile speed camera. There are 7 vehicles allocated for Speed Enforcement In Norfolk. They attend certain areas that have a problem with cars crashes and speeding motorists.

They are funded in partnership with Norfolk County Council who work with the police to keep the roads safe.

The vehicles aren’t there to catch drivers out, they are there to make sure that drivers stick to the speed limits in that area. 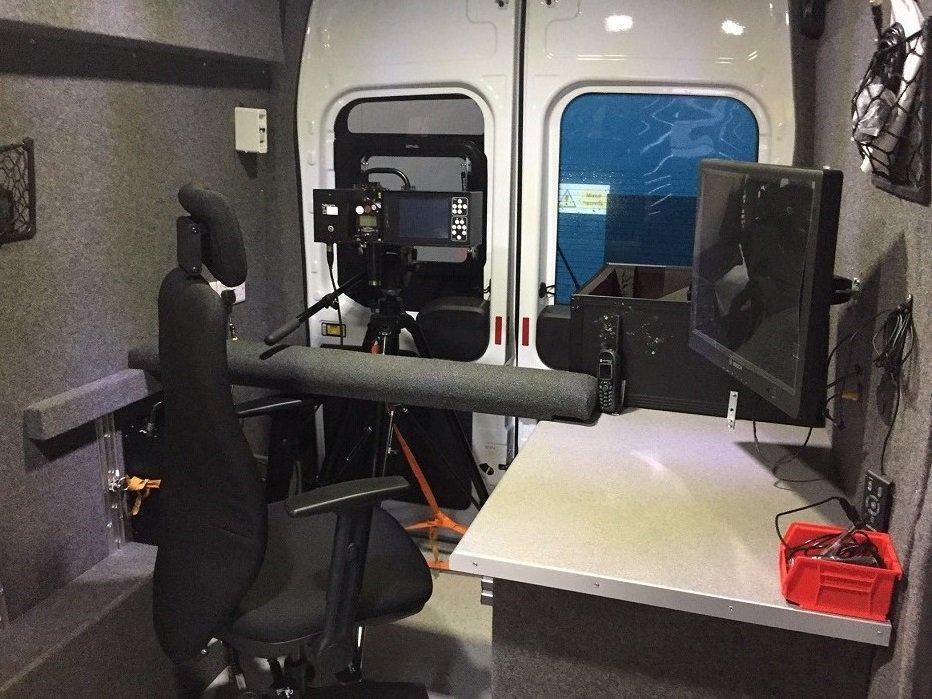 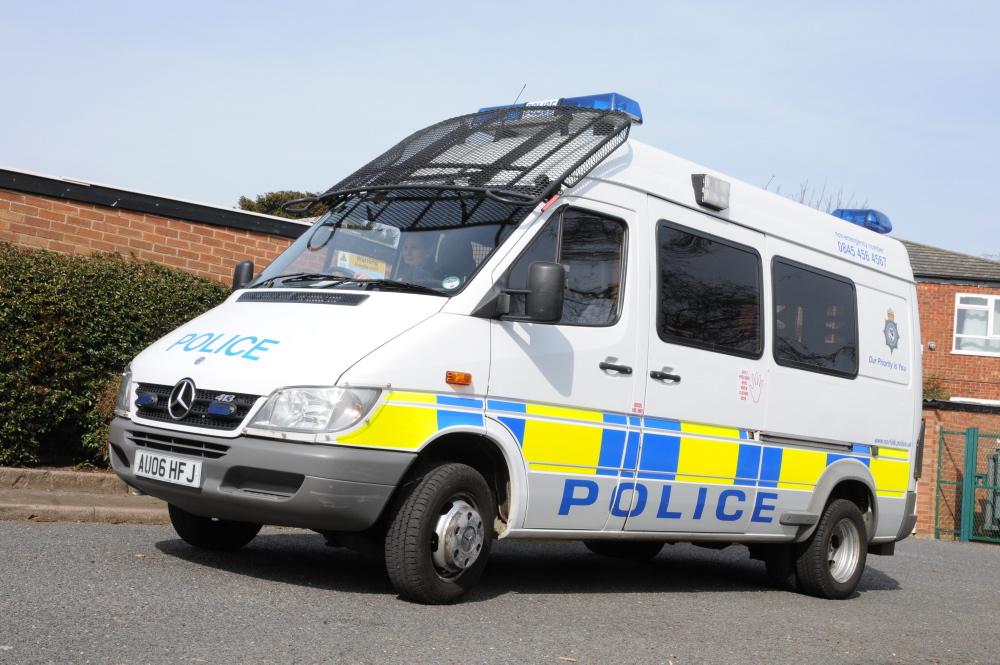 The police support unit (PSU) is used when there are large disturbances and the incident needs a tougher response.

The van can hold up to 10 officers who wear special protective clothing.

These carriers are usually out and about on a Friday or Saturday night when they are used to help with policing the nightclubs and pubs in places like Norwich.

Norfolk Police has 16 PSU Carriers in use across the county. 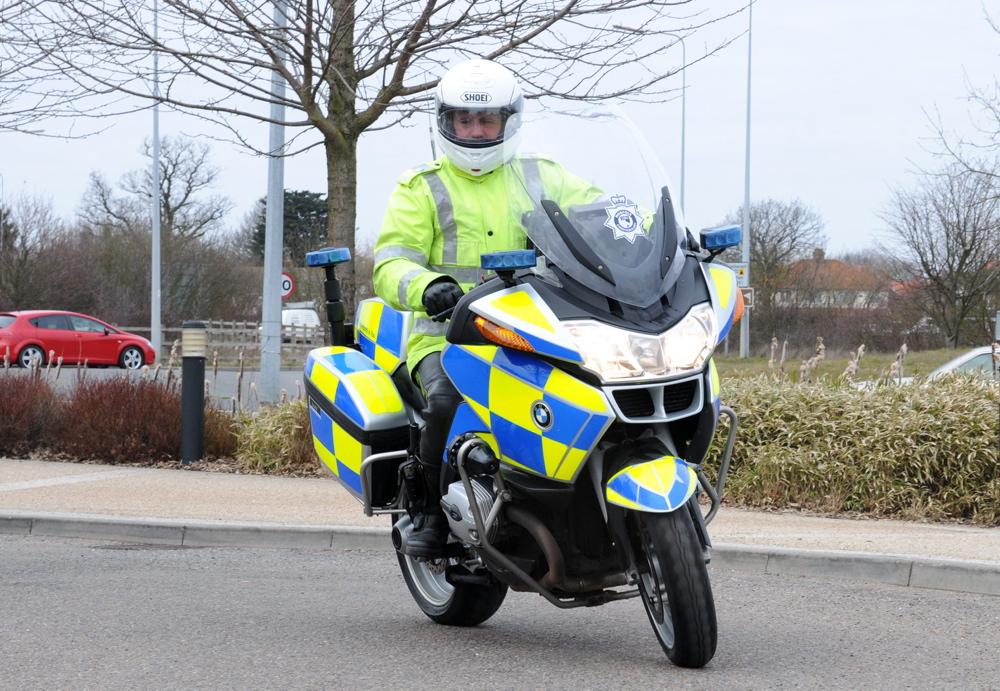 Police motorcycles are used by officers to reach areas that aren’t as easily accessible by other police vehicles. Because of the size of the motorcycle, they can get to an incident much more quickly.

They are also used on the roads to escort large or slow moving loads through Norfolk. 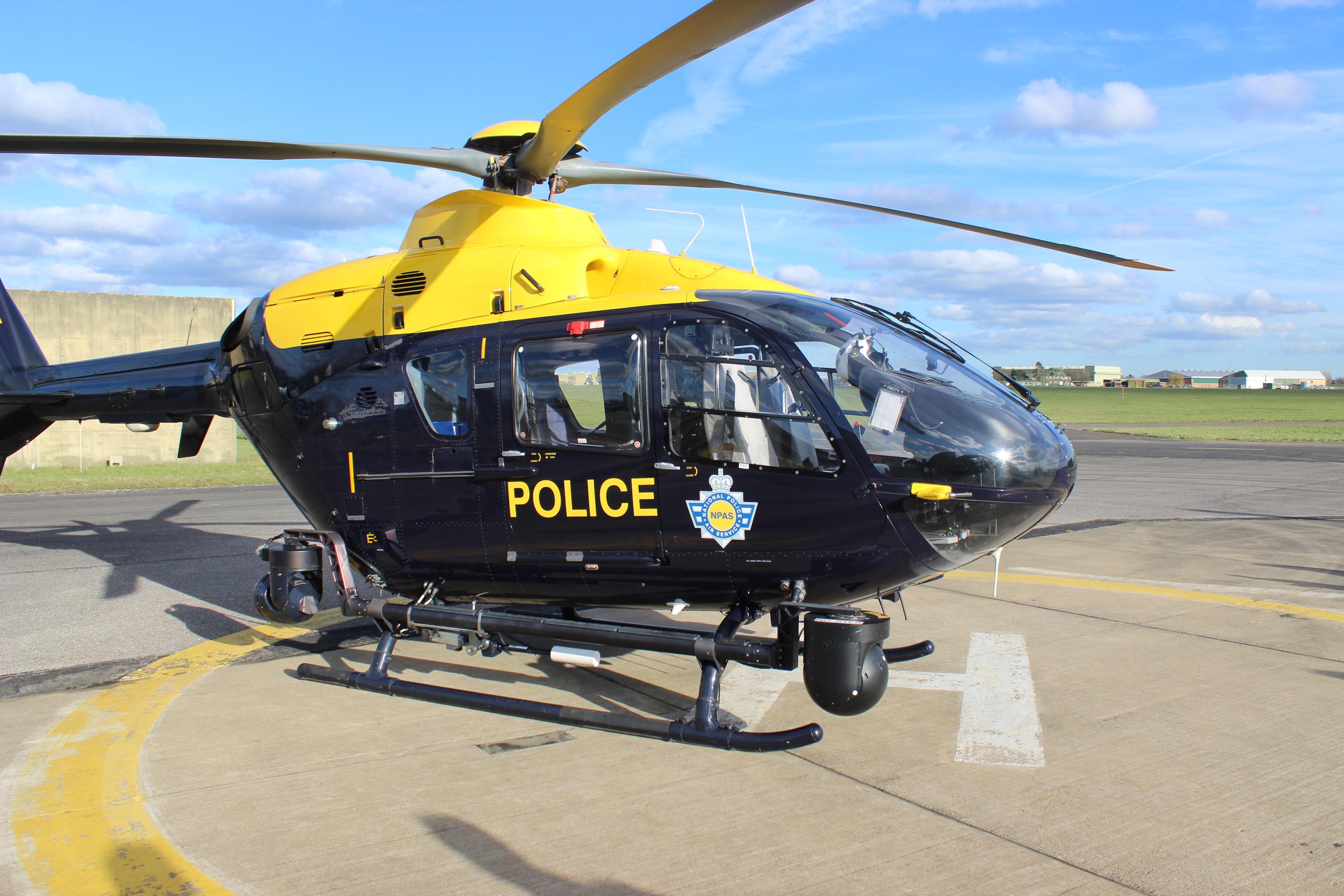 Air support is provided to Norfolk Police by the National Police Air Service (NPAS) from a national network of 15 bases. NPAS provide borderless air support to police forces in England and Wales and carries out tasks such as searching for missing people, critical incidents, operational follows and vehicle pursuits and more. 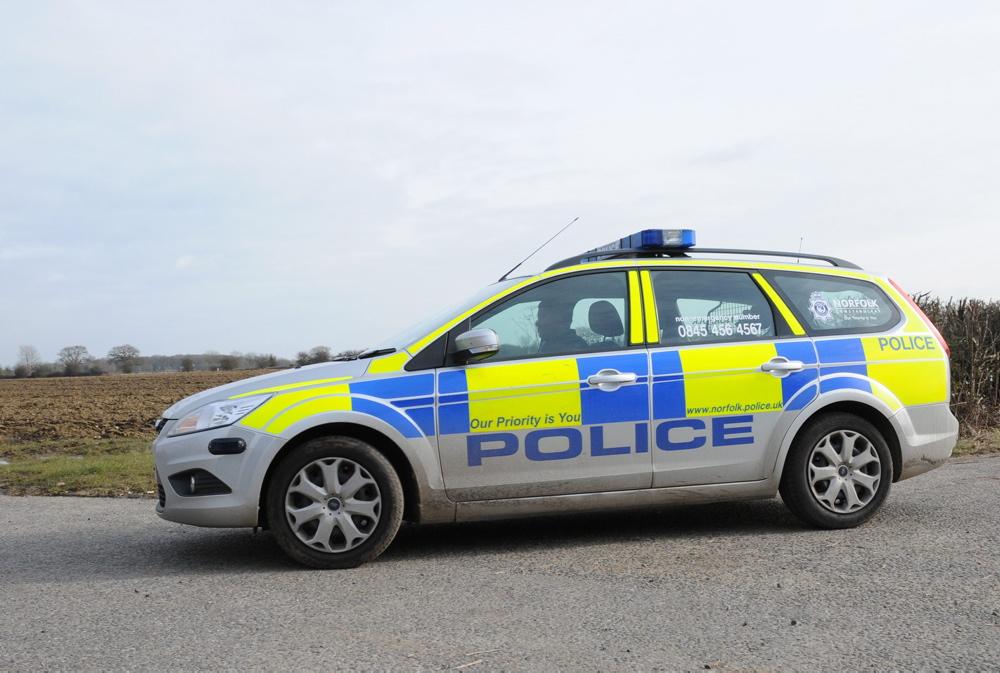 Our fleet of cars are kitted out with the latest police gadgets such as a tracking device known as Automatic Vehicle Locating System (AVLS). 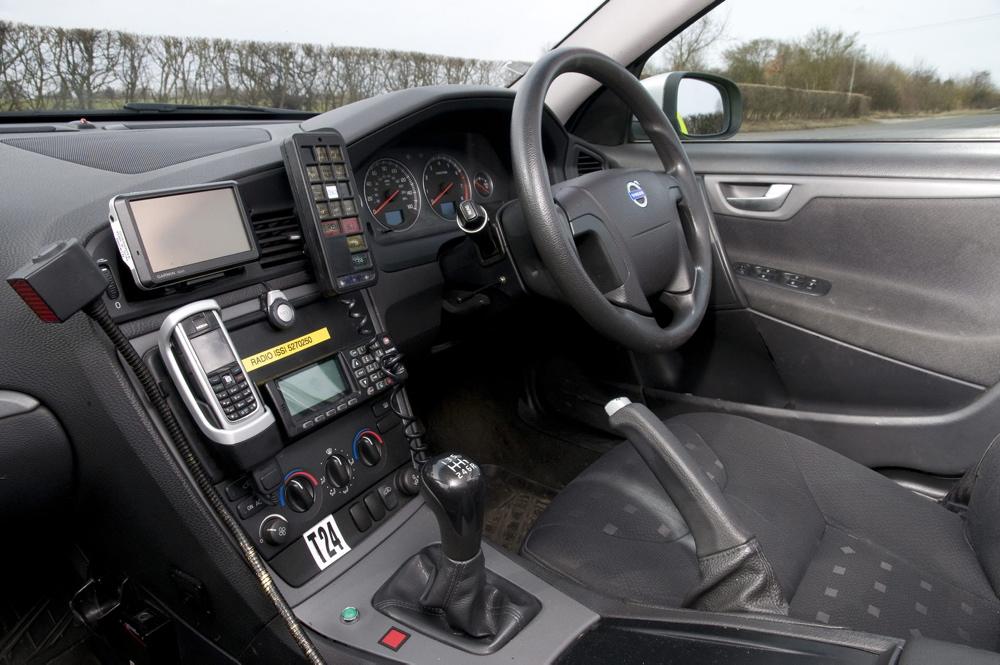 This system shows exactly where the police vehicle is on a map and allows the control room staff to send the nearest car to an incident.

Most of the vehicles in Norfolk Constabulary are fitted with this equipment.

You can sit in one of these vehicles at the Norfolk Police stand at the Royal Norfolk Show, held every summer.

Norfolk Police use a wide range of vehicles to help them out in different situations.

Maybe you have seen our helicopter in the sky or our police cars on the road, but we also have motorbikes and other vehicles to reach areas that are not easy to get to.

Find out more about each of the vehicles we have in Norfolk and what they are used for.