Home > About us > Our organisation > Our people

Paul Sanford has served in Norfolk Constabulary throughout his policing career.  Paul joined in 1999, starting as a response office in Sprowston and then held a variety  of uniform and detective roles in all ranks from Constable to Superintendent.  Promoted to Superintendent in 2008, Paul has held a number of posts including District Commander for South Norfolk, District Commander in Norwich and Head of CID.  Paul is an experienced firearms and public order commander and has also been the Senior Investigating Officer on a number of significant criminal investigations.

More recently, Paul spent three years coordinating the activity of the National Police Chief's Council Violence and Public Protection Portfolio.  During this period, Paul was the Police lead for the implementation and rollout of the national Child Abuse Image Database (CAID).

Having lived in Norfolk for all but a few years of his life, Paul has a passion for the County and policing.  When not at work, Paul enjoys spending time with his wife and children and can often be found either watching sport or on a long distance run.

Simon served in a number of roles in Cambridgeshire. In 2005, upon promotion to Superintendent, he led staff through dramatic performance changes, implemented the force’s response to neighbourhood policing and established himself as a senior operational commander.

In 2010, he became Head of Public Protection, developing a sustainable model for the department as part of the force’s redesign project. He also qualified as a senior investigating officer, leading a number of serious crime enquires.

In 2013, Simon was promoted to Chief Superintendent becoming the Head of Corporate Development and led the Constabulary’s ICT enabled change programme.

He undertook the role of T/ACC for Hertfordshire Constabulary in September 2015, overseeing the Collaborated Change Portfolio for all operational support functions including Contact Management across collaboration for Hertfordshire, Bedfordshire and Cambridge.

In June 2017, Simon was promoted to the rank of Assistant Chief Constable and transferred to Norfolk and Suffolk to undertake the collaborative lead for Protective Services. This involves overseeing the delivery of Cyber and Serious Crime, Intelligence, Major Investigations, Forensics, Specialist Operations along with Criminal Justice.

Simon has a degree in Physics, is a chartered member of the Chartered Institute of Personnel and Development, has a Masters in Police leadership and is a graduate of the University of Cambridge’s M.St programme in Applied Criminology and Police Management. Simon is married with two young children.

Nick commenced his policing career with South Yorkshire Police in 1992 transferring to his home county of Norfolk in 1996.

He has held a number of leadership roles across the county including Norwich,  Kings Lynn and Gt Yarmouth. As Chief Superintendent he has held both the Norfolk County Policing Commander and the Safeguarding & Investigations command roles.

Outside this core role he supports the constabulary with a number of specialist skills and responsibilities including firearms and public order command. 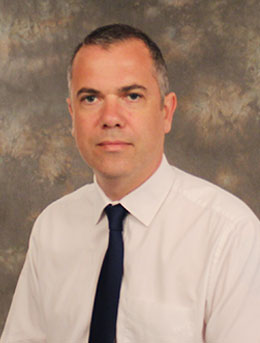 Assistant Chief Officer Peter Jasper has worked in the public sector since 1997 when he joined Suffolk County Council as a Finance Assistant.

Over the next 8 years Peter worked his way through a number of Finance roles and in 2005 became a Finance Business Partner in a Shared Service company CSD Ltd (a joint venture between Suffolk County Council, Mid Suffolk District Council and BT that provided ICT, Finance, HR and other services back to the councils). This role supported the Environment & Transport department and helped support the business through the introduction of initiatives such as the Landfill Allowance Trading Scheme, the Suffolk Youth Travel Card and the Green Travel Plan.

Just over a year later Peter was promoted to lead on transforming a failing Financial Reporting function, and successfully stabilised the service within 6 months to go onto to deliver the production of the statutory Statement of Accounts, within statutory deadlines, for both Suffolk County Council and Mid Suffolk District Council for a number of years.

In 2009, Peter was promoted to be part of the CSD Senior Leadership Team as Financial Controller, providing financial advice to the Chief Operating Officer, and Chief Executive of the company, as well as leading on financial aspects of a major cost reduction programme.

Having worked in Local Government for 15 years, Peter then took the role of Head of Finance for Suffolk and Norfolk Constabularies, and in 2015, working with his Senior Leadership team delivered a major restructure of the Finance service across both counties. The service delivery model introduced delivered significant savings and is still operating successfully to this date.

During this period he also oversaw the introduction of the Strategic and Financial Planning process for both forces using Outcome Based Budgeting techniques. This process has successfully delivered significant savings over the last few years from across all services of both constabularies.

Peter was promoted to the role of Assistant Chief Officer in February 2019, and working with his counterpart in Suffolk (ACO Kenneth Kilpatrick) is establishing a new Corporate Shared Services operating model across both forces, and where appropriate with the 7 Force collaboration. ACOs have responsibility for ICT, Estates, Transport, Finance, Procurement, Information Management and Shared Service Transactions. Peter is also the statutory Chief Finance Officer (s151 officer) for the Chief Constable.

Eamonn Bridger has been a police officer with the Suffolk Constabulary for over 20 years. He has been a detective for more than 17 years and has worked across a variety of roles including Investigations, Intelligence, Counter Terrorism, Major Crime and Safeguarding.

In July 2018, Eamonn was promoted to Chief Superintendent becoming the Head of Crime, Safeguarding and Incident Management Command, leading investigations of serious complex crimes, safeguarding the most vulnerable, reducing crime and incident demand through early intervention and effective management of internal and partnership workflows. He is an accredited PIP3/ PIP4 Senior Investigating Officer, a Gold Public Order Commander and a Strategic Firearms Commander.

In June 2021, Eamonn was promoted to the rank of Temporary Assistant Chief Constable and is the collaborative lead for Protective Services and Joint Justice Services for Norfolk and Suffolk. This involves overseeing the delivery of Specialist Crime and Intelligence, Major Investigations, Forensic Services, Specialist Operations along with Custody, Criminal Investigation Unit and Criminal Justice. In addition he is the ESMCP lead across both forces and is an active member of the national Homicide Working Group and the chair of the National Child Death Investigation Group.

I joined the service in 1997 and have completed all my service to date here in Norfolk. I always had ambitions of being either a vet or a police officer and despite the fact I love my job, the cost of my vet bills often makes me think I made the wrong career choice!

I have now completed 23 years (just – and I mean this in time related speak not ‘just’ as in by the skin of my teeth!) and have spent this in a variety of roles. I actually joined to be either a motorcycle cop or a dog handler but my career diverted me to CID and I have spent most of my service switching between uniform and detective roles. I have worked in various locations across the county, including Great Yarmouth, Bethel Street, Dereham and in joint roles with Suffolk colleagues and my current substantive role is Chief Supt, Head of Joint Justice Services, so again a collaborative role. This role means I oversee the Criminal Justice, Custody and Custody Investigation elements of our policing business alongside additional thematic responsibilities in relation to supporting victims, managing offenders, file quality and disclosure.

I never joined to get promoted and am frequently surprised at my achievements! I won’t say it has always been easy and I have had a few knocks along the way, but I am proud of where I have got to and appreciate some of the challenges females in particular experience during their career journey. I enjoy working with people and supporting them in their own development – for me this is an organisation where we need to support each other and ‘send a ladder for those coming behind us’. I am passionate about fairness and making a difference and currently chair both The Forum, the force’s inclusivity network and the Norfolk branch of the Superintendents Association. Both of these have helped me to build effective networks across the whole country and work with others to build both my experience and knowledge in all sorts of areas.

As senior HR Manager, George Abery-Bone is responsible for: 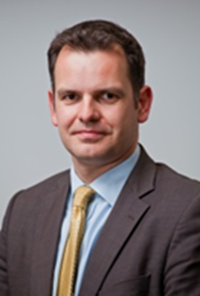 The Joint Estates Department consists of:

As Head of Department, Duncan Potter is responsible for:

The department’s main purpose is to support and underpin operational policing by ensuring that all ICT services and equipment supports operational delivery across all areas of policing and the back office.

The Director of department, Paul Engler is responsible for: 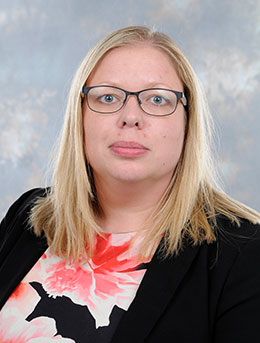 Gemma has responsibility for the Joint Performance and Analysis Department (JPAD) and also the Corporate Development and Change(CD&C).

The Joint Performance and Analysis Department consists of:

The department produces objective and ethical products that aid strategic and tactical organisational and operational decision making and support the Constabularies in embedding the principles of Evidence Based Policing.

As head of department, Gemma Stannard is responsible for:

The Corporate Development and Change Department consists of:

David Levy commenced as the 7F Head of Strategic Procurement in August 2019.

The department provides a service to the public, The Police and Crime Commissioners and Norfolk and Suffolk Constabularies by:

As head of department, Tracey is responsible for:

David joined the Metropolitan Police in 1994 serving in a number of central and south London boroughs in both uniform and detective duties as well as Staff Officer to the Deputy Assistant Commissioner for Specialist Crime . David transferred to Suffolk as a Detective Inspector in 2005 and was posted to Ipswich. He was promoted to Chief Inspector in 2006 working in both Intelligence and Major Investigations. On promotion to Superintendent David led the Protecting Vulnerable People Directorate before taking on the role of Head of Corporate Change. Following an extended period as Temporary Assistant Chief Constable he took up the role of Head of Norfolk and Suffolk Joint Protective Services Command in September 2020, a role that includes Major Investigation, Serious and Organised Crime, Intelligence, Forensic Services and Specialist Operations.

Legal Services in Norfolk is headed up by Alison Ings who qualified as a solicitor in 1988.  Alison joined Norfolk County Council in 1988, working as a solicitor with responsibility for the provision of legal advice to Norfolk Constabulary.  In 1999, Alison moved to Norfolk Constabulary, as the Force Solicitor, to set up and manage an in-house legal department responsible for the provision of a comprehensive legal service to the Chief Constable.  Alison is also the responsible budget officer for Legal Services.

Today, Legal Services is an in-house team consisting of six lawyers and four support staff and provides a comprehensive legal service to the Chief Constable and his officers and staff on all matters of law.  The Department also advises officers and staff within the Norfolk and Suffolk Constabularies’ joint departments and commands. 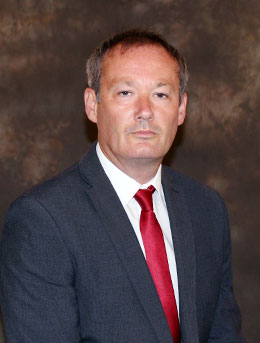 The Transport Services Department consists of:

The role of the Joint Transport Services Department is to provide an efficient and effective vehicle and transport service to Norfolk and Suffolk Constabularies and Police and Crime Commissioners, meeting the operational policing needs under value-for-money principles within the resources available. It also makes sure services are consistent with Government, The Police and Crime Commissioner’s and Chief Constable’s policies, and UK/EU legislation.

As Head of Department, Mark Davy is responsible for: